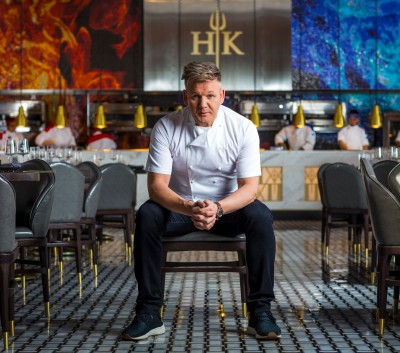 Construction on HELL’S KITCHEN restaurant will begin this summer with an expected opening date later this year. The restaurant will feature a nod to the past by leaving Sage Room’s iconic, hand-hewn wooden beams intact. The beams were made from trees that were removed when the road to the property was initially built and have been a prominent design piece since the original log building that housed Harveys Wagon Wheel casino, which first opened in 1944.

“Gordon Ramsay brings with him world-recognition, Michelin-star talent and an incomparable energy—all elements we are thrilled to bring to Lake Tahoe with the addition of Gordon Ramsay HELL’S KITCHEN restaurant,” said Brad Belhouse, Regional President of Caesars Entertainment.

The high-energy restaurant and bar will take its cue directly from the eponymous ITV Entertainment and FOX primetime television hit seen worldwide by millions of viewers, which is slated to premier seasons 19 and 20 in the near future. The restaurant will shine the spotlight on many of HELL’S KITCHEN cast/chef recipes and dishes featured on the show, including many of Chef Ramsay’s signature dishes like the Pan Seared Scallops, Lobster Risotto, Beef Wellington, Crispy Skin Salmon and Sticky Toffee Pudding. 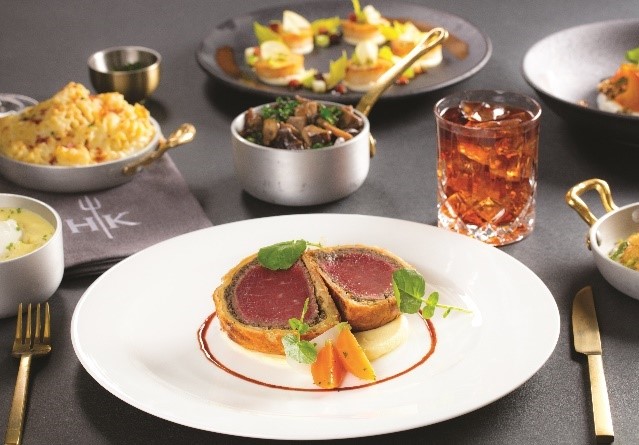 The relationship between Caesars Entertainment and Ramsay began in 2012 with the opening of Gordon Ramsay Steak at Paris Las Vegas and has continued to flourish over the years. After more than eight years of collaboration, the partnership has currently yielded five restaurants on the iconic Las Vegas Strip, three on the East Coast and one at Caesars Palace Bluewaters Dubai, bringing the total number of restaurants within Caesars Entertainment currently to nine worldwide. With the addition of HELL’S KITCHEN Lake Tahoe and the recently announced N. Kansas City Gordon Ramsay Steak, Ramsay and Caesars Entertainment will have collaborated on 11 restaurants.

About Gordon Ramsay and Gordon Ramsay Restaurants
Renowned for highly successful and award-winning original programming, Emmy-nominated multi-Michelin-star chef Gordon Ramsay produces TV shows on both sides of the Atlantic seen by audiences worldwide in more than 200 territories, and is the only talent on air in the US with four prime-time national network shows.  He hosts and exec produces “Hell’s Kitchen,” “MasterChef,” “MasterChef Junior,” and “Gordon Ramsay’s 24 Hours to Hell and Back” all on Fox, in addition to yearly “MasterChef Celebrity Showdown” specials.  National Geographic Channel just launched his newest show, “Gordon Ramsay: Uncharted,” on July 21, and has already announced the second season pick-up.  The cabler also recently announced a first-of-its-kind stand-alone Gordon Ramsay: Uncharted digital and print magazine.

His multi-media production company Studio Ramsay is behind several hit shows in both the US and UK with a growing slate of new shows and development. Launched in 2016, Studio Ramsay was created to develop unscripted, digital and scripted programming, focusing in on new formats and innovative programming as well as fostering new talent. Studio Ramsay is behind the highly successful FOX series “Gordon Ramsay’s 24 Hours to Hell and Back,” which was one of the highest rated food shows of 2019. It’s also behind the highly anticipated “Gordon Ramsay: Uncharted” which launched on National Geographic Channel on July 21st in the US and in 172 countries later this summer. The series has been picked up for a second season. Across the pond, Studio Ramsay produces the BAFTA-nominated, “Gordon, Gino and Fred’s Road Trip” for ITV, which is in production on its second season. The Studio is also behind the Channel 4 Series “Born Famous,” which is slated for release this summer. Studio Ramsay also has shows in various stages of production and development for the BBC, top UK Broadcasters as well as top US Cable outlets. Studio Ramsay’s Digital Division is behind all of Ramsay’s original content on his highly successful YouTube Channel, which just recently hit its landmark 10 millionth subscriber. The 18-34 dominated channel just launched the trending interview series, “Scrambled,” and plans on launching further series in 2019. Studio Ramsay Digital has also produced content for National Geographic and MasterClass, and is in development on other opportunities in the space. Studio Ramsay was behind the daytime cooking series, “Culinary Genius,” which premiered on ITV in the U.K. and syndicated on FOX stations in the U.S., the ITV series “Gordon on Cocaine,” and FOX’s “The F-Word Live with Gordon Ramsay.” The highly popular children's series “Matilda and the Ramsay Bunch,” starring Tilly Ramsay for U.K. children’s channel CBBC is also produced by Studio Ramsay.

Gordon Ramsay Restaurants comprises the restaurant business of acclaimed chef, restaurateur, TV personality and author Gordon Ramsay. They employ more than 700 people in London where it has a collection of 14 restaurants. They also have a total of 35 restaurants globally and 7 Michelin stars, with international restaurants spanning from Europe to the US, as well as the Middle East.